Social and Cultural Anthropology, although not widely known among the general public, is arguably an extraordinarily important subject for inspiring students and helping them to become profoundly knowledgeable, genuinely curious, and deeply caring about trying to make for a better world.

Social Anthropology encourages students to delve into a wide range of things that are going on in the contemporary world. This in turn inspires them to pursue in-depth research so as to understand what is happening while at the same time this encourages them to do everything they can to change things for the better.

As well as learning from their own fieldwork research, the course covers a wide range of topics each of which is taught by means of ethnographic film and published books and articles. Students thus become highly knowledgeable in a wide range of contemporary issues.

Students of Social Anthropology are highly principled and the result of their studies about conflict, the treatment of the environment, and all the other issues, they become extremely caring about both their fellow human beings and also the world in which we all live.

Excellence in education is first and foremost about producing wonderful, caring citizens of the world. Social Anthropology helps students to be that and at the same time to gain the most incredible academic results largely because of their passion for the subject.

The Social Anthropology course is extremely student-centered partly because of the fieldwork which all students of the subject have to undertake and partly because the topics covered are extremely relevant to the lives of young people today.

Social Anthropology is not a course for which one simply sits an exam. It is a life-changing subject and the passionate interests fostered during the course will inspire students for the rest of their lives.

Concepts, a very large number of them, form the building bricks out of which the course is constructed. The nine major key concepts are belief/knowledge, change, culture, identity, materiality, power, social relations, society, and symbolism. Then each Area of Inquiry has its own relevant concepts.

By its very nature Social Anthropology has many connections with other subjects. For example, there are intricate connections between Social Anthropology and Geography especially as regards the links between human beings and the land they live on. There are connections with Biology when there are discussions about how all human beings are essentially the same and how any minute differences are not biologically or anthropologically significant but may be highly culturally relevant.

International Mindedness is simply another name for Social Anthropology! The values embedded in the subject are universally acknowledged values: democracy, freedom for everyone regardless of their gender, freedom of religious belief, respect for and tolerance of difference. Our motto for Social and Cultural Anthropology at Hockerill is vive la difference!

How does the curriculum support a holistic approach to education that goes beyond academic development?

By its very nature, Social and Cultural Anthropology is about helping students to become lifelong learners – passionate about making for a better world.

Environment: How is the curriculum adjusted to ensure all students can succeed?

Social and Cultural Anthropology is easily accessible to all students. There is no one particular skill that is required. The two prerequisites for success in the subject are openness and interest/passion.

Learning: How is feedback written into the curriculum to ensure that all students are set challenging goals?

There is constant feedback – both oral and written – throughout the two years of the course. The course is not taught in a passive way – the students are massively involved in discussion and feedback from the start of the course.

There are the most fabulous opportunities to travel and study other cultures as part of the fieldwork or as part of pure curiosity. When COVID-19 restrictions are lifted, we will resume the annual July trip to India when for nearly three weeks students can be totally immersed in a very different and very wonderful way of life.

Links to Theory of Knowledge

Social and Cultural Anthropology is constantly questioning what we think we know and replacing it with more securely founded knowledge albeit knowledge that is relative to particular groups and cultures. 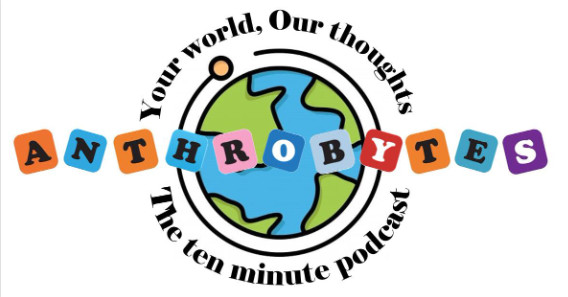 'Anthrobytes' is the new Anthropology Podcast put together by sixth form students and Mrs Dallas, in which we discuss all things human in bite-sized portions!