Can We Code Ethics into AI and Robots?

On Tuesday 12th February, I had an interview with Anthropologist Kathleen Richardson surrounding the development of artificial intelligence, for use in my extended essay, as I study Anthropology at higher level. Thanks to Dr Purday (Head of anthropology and a general Hockerill hero), I was lucky enough to be invited to a conference, all to do with AI, hosted by Dr Richardson herself. The question that we were debating was: Can We Code Ethics into AI and Robots? 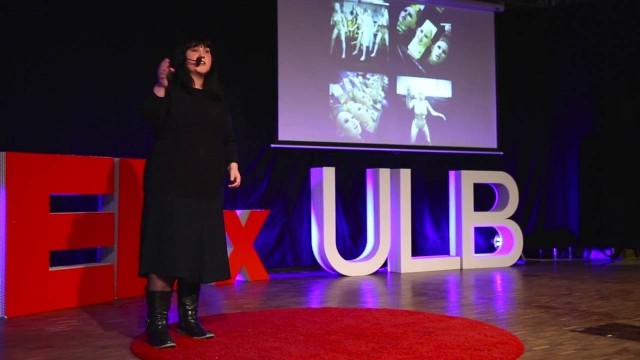 My investigation of modern robotics came around when I started research for my extended essay (My question being: The impact - from an angle of technological and social anthropology - of female sex robots on human relationships) and, immediately came across new technological developments that I was not aware even existed.

The day began with a talk from Dr David Mellor (University of South Wales). In this talk, he discussed mythological creatures like Garganthia and Perseus in order to examine the theme of ‘caring for your monsters’. I have to admit, I was thrown into the deep end when during his talk, I was asked to pose a question about anthropotechnics and atmotechnics to him, however, ToK lessons had taught me well and I was (luckily) able to answer, making a relation to Plato’s Cave and the idea around knowledge vs. becoming.

He also spoke about the ethics of invention, which included three topics; possibility, potency and power, which he used this to explaining how when we start to create these entities, there is an instinctual human reaction to make selections and exclusions, which reinforce stereotypes and unrealistic role models for future generations. One of main points of discussion in his talk however, was the human aspect of robotics. For example, we see robotics as a fetish, whether it be through media or new scientific breakthroughs, which raises the question, is it still a material thing or then an exchange of human relations? A quote from him I think is very poignant and relevant was, “AI may one day have a religion if it eventually has the same mind as a human, or perhaps it will have its own religion.”

During our lunch break, I had the privilege to conduct an interview with Dr Richardson, where I was able to ask questions surrounding her work that I could use in my extended essay. She spoke mostly about the effect that patriarchy can have on a society and its impact, while I scribbled away, trying to get down every word that she said (and failing!)

The afternoon continued with eight other speakers, including William Baryzo, who spoke about religion, colonies and empire. He explained that we still live in a society of racial and gender misconduct, which derives from colonialism. Then, through neoliberalism, we ourselves are convinced to believe that in order for us to be happy, we must be rich and beautiful, which is not the case. Therefore, if we are not able to ‘code’ ethics into our own society, what makes us think we can do this to robots in the future?

On the journey home, I felt not only inspired but almost in oar of the people I had met and what they were doing in the field of robotics. It made me want to spread the issues and consequences of these entities and all that I had learnt.

The simple fact is that robotics, whether it be through automated vehicles or your very own robot housekeeper, is fast approaching. The age of robotics has begun.