The governors are delighted to announce that Mr David Woods has been appointed as Principal, with effect from September 2020. 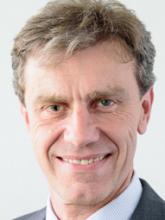 David Woods is currently Campus and Secondary Principal at the International School of Geneva (also known as Ecolint*) a post he has held for 10 years. The school is non-selective, has an exceptional reputation and is the home of the International Baccalaureate Diploma.  Mr Woods’ achievements during this time have been many and include outstanding academic results comparable with the best selective schools, the development of a bilingual programme for all students aged 11-14 and the delivery of an ambitious redevelopment programme.  He is particularly proud that Ecolint is now a ‘Single Use Plastic Free’ school.

Prior to his current post, Mr Woods was Head of Senior School at Tanglin Trust School in Singapore following a successful career which included positions as Assistant Principal, Head of 6th form and teacher roles in a number of English state schools.

Joint Chair of Governors, Dr Judith Braeckman, who led the appointment, said “We feel very lucky to have found an ideal candidate for the post who shares the College’s commitment to the International Baccalaureate, bilingual teaching and developing well rounded individuals“.

Mr David Woods, added “I am thrilled to have the opportunity to join Hockerill. It is an outstanding school that offers a unique and special experience that it will be an honour to lead and represent”.

Mr Woods is married with two children who are currently at university in the UK.  He enjoys all sport, most notably cycling, table tennis and skiing.