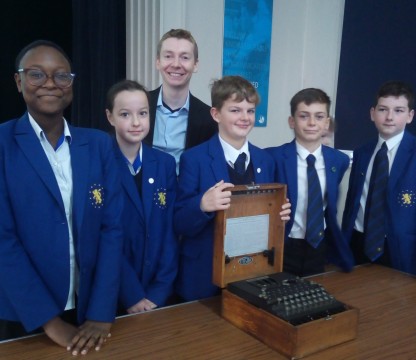 Last Wednesday Year 7 enjoyed a presentation from James Grimes on Coding and how it has influenced history. He discussed the Spartans, Julius Caesar and Mary Queen of Scots. He concluded his talk with a demonstration of a real WW2 Enigma Machine. The students were shown how it worked and how the code was broken. All students were engaged and fascinated by this event. The presentation was followed by 2 sections of code breaking. The morning was organised by Director of Maths, Mr Kelly and afterwards many of the students spoke to him to tell him how much they enjoyed it. 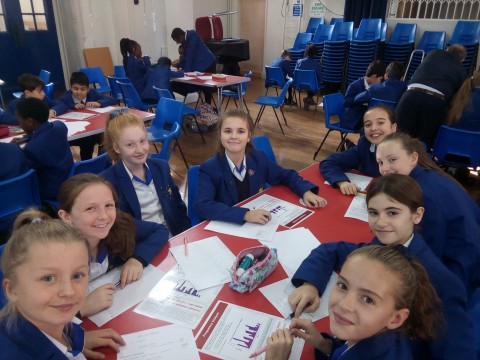